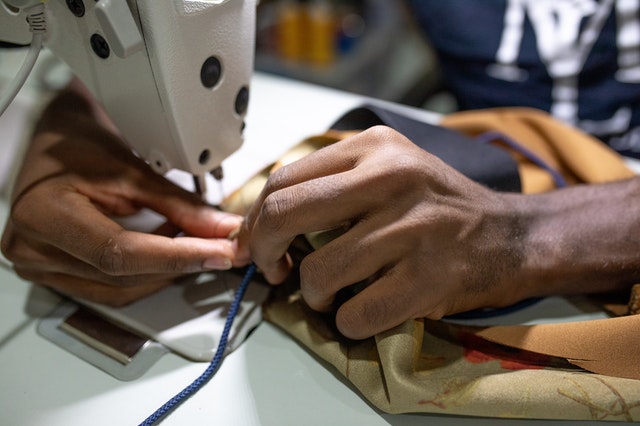 Let’s not even compare for a second. Just think of the time when Game of Thrones was being shot around the world, they chose India to supply them with costumes and tents. That’s the kind of art and authenticity this country provides when it comes to apparel. So while China beats India in garment production by quite a margin, India has the upper hand in offering variety, uniqueness and quality clothing. Hence, even though there’s a big gap in manufacturing at the moment, it’s not such a crazy idea to think that India could replace China in the future as the leading textile industry. India has great potential and thus there is a growth of the Indian Textile Industry.

Also Read: Why are Companies Moving Out of China?

Benefits of Investing in the Indian Textile Industry

Being the largest producer of the cotton, second largest producer of polyester and silk, 3rd largest manufacturer of viscose and 4th largest maker of acrylic and nylon, it’s pretty obvious that there is no shortage of clothing raw material here. On top of that, this overflow of resources greatly helps reduce the overall production cost as well.

The Textile industry has around 4.5 crore indian garment manufacturers including 35.22 lakh handloom workers across the country. Being a labour intensive industry, it’s pretty neat to have all the workforce you will need for manufacturing your clothing under one roof.

The above mentioned plentitude of labour and raw material is bound to lower your manufacturing cost due to economies of scale and help you reap greater profits from your textile production.

Ever Growing Demand in the Indian Market

And not just the Indian market, who doesn’t want to stay in style and keep up with the ongoing fashion trends? The demand for looking the best will never stop, especially among the second largest population in the world. And if the demand won’t stop, neither will the production.

Also Read: Is India Replacing China in Manufacturing of Electronics?

India allows 100% FDI via the automatic route. Many foreign companies have taken advantage of this and established their brand name in the country over the years. Some of them are:

And many more such renowned brands have been able to secure a stable market in the country and are earning significantly.